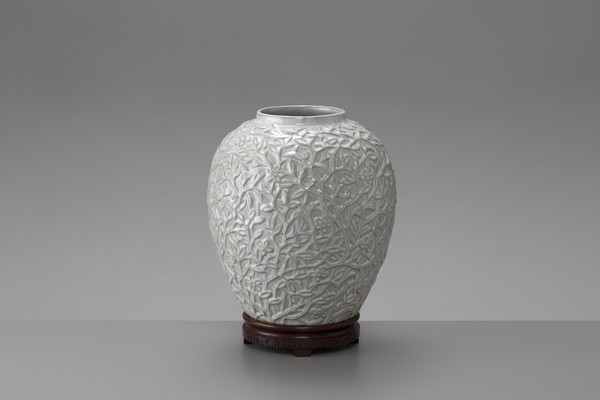 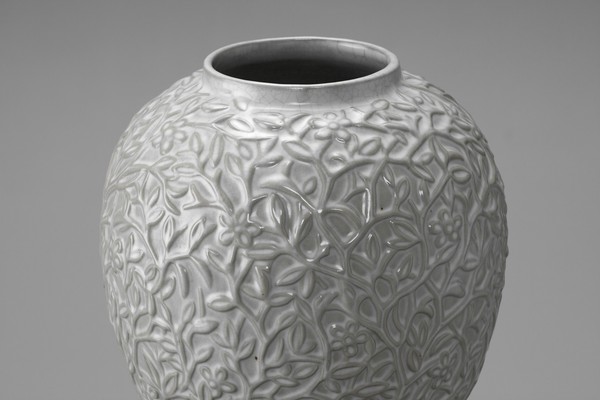 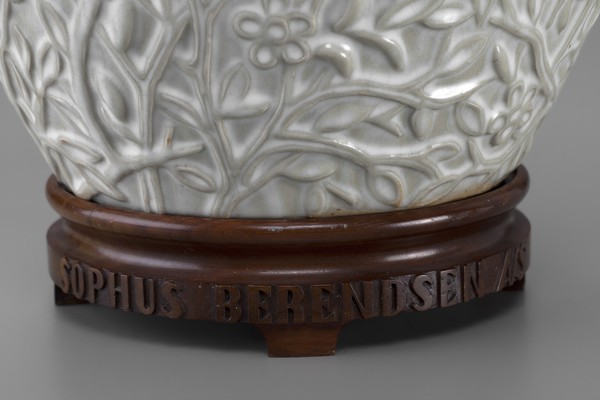 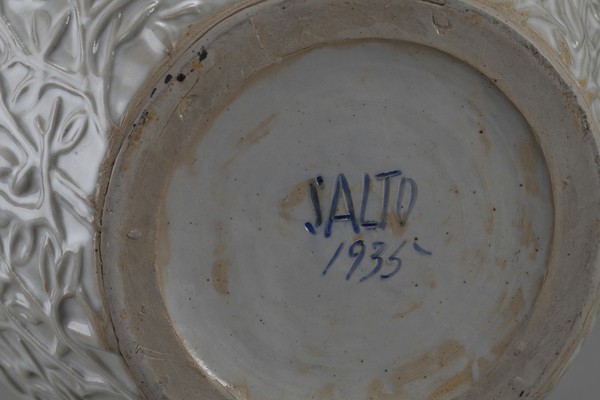 In “Axel Salto Keramik", Salto quotes and applauds art historian Merete Christensen whom in an essay in "Nyt Tidsskrift for Kunstindustri" describes her view on this particular model: "Here Salto has had the porcelain-technique in mind where relief-work of this kind would have kept its precise form under the sparse, thinly flowing glaze. In stoneware the result is different. Here the glaze will slowly work its way down the ramified surface filling out the cracks. It will smoothe the surface, hide the sharp outlines and unite the jar and relief into a whole. Instead of showing sharply against the wall as a decorative ornament, the relief will grow as a living, tumbling climber in the wall itself and seem to emerge almost breathing out of it. The sharp relief lies as if ossified under the thin glaze, which like a layer of flowing lava covers it and fixes its expression of fresh growth, at the same time curiously organically and logically explaining its material, the cold hard stoneware - as a fossilized plant. In this case the precise modelling has proved itself a necessity. Had it been done more weakly, the surface would have become too vague, and the climbers would not have given the expression of strong growth, which it now conveys”.