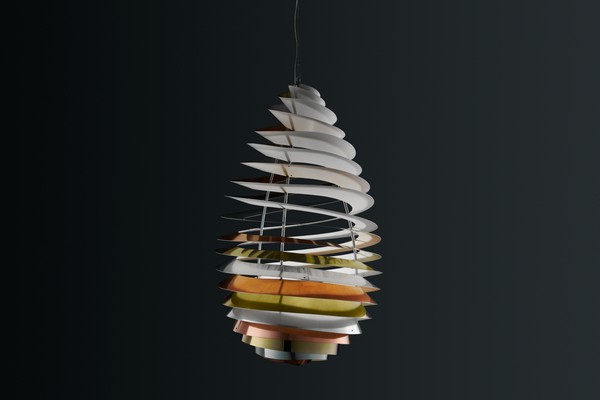 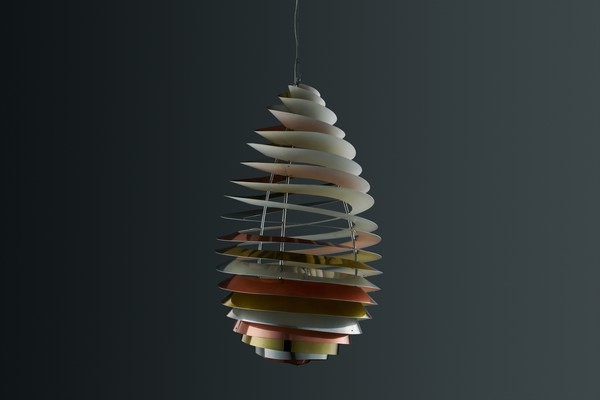 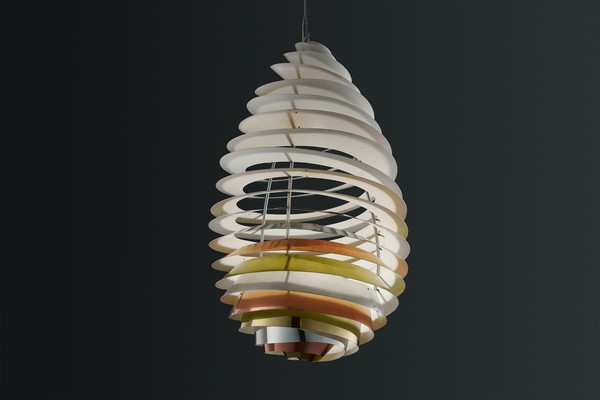 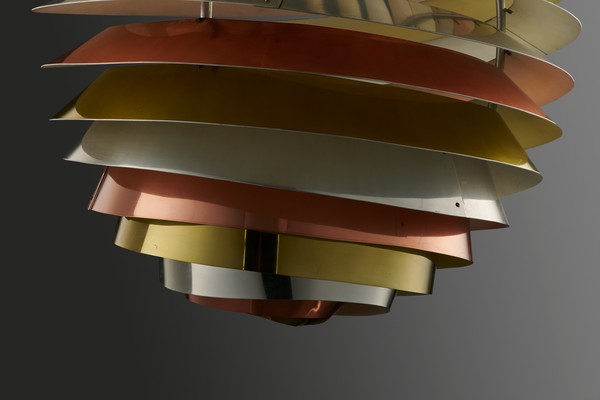 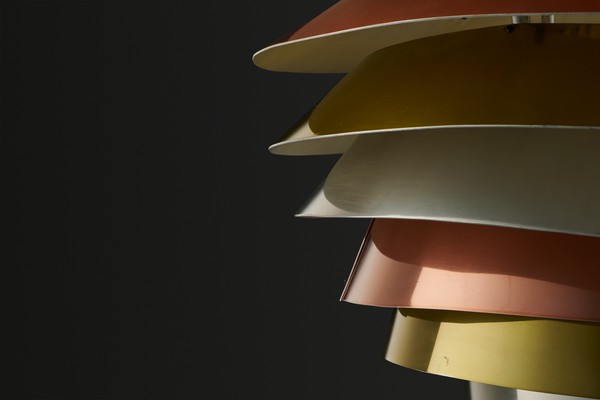 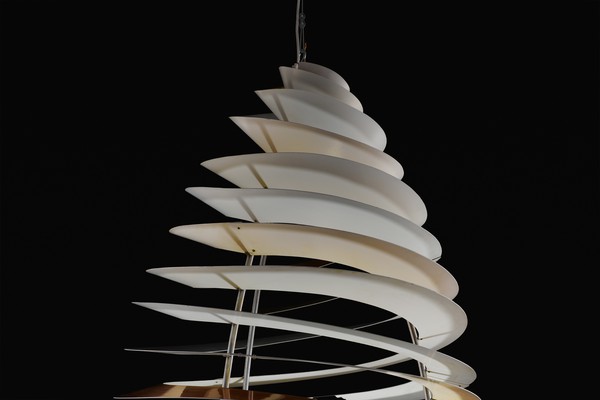 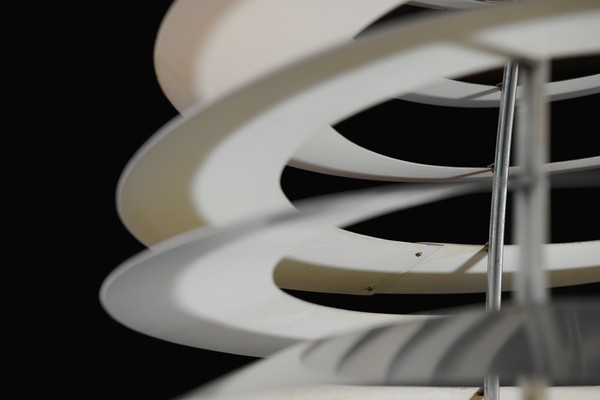 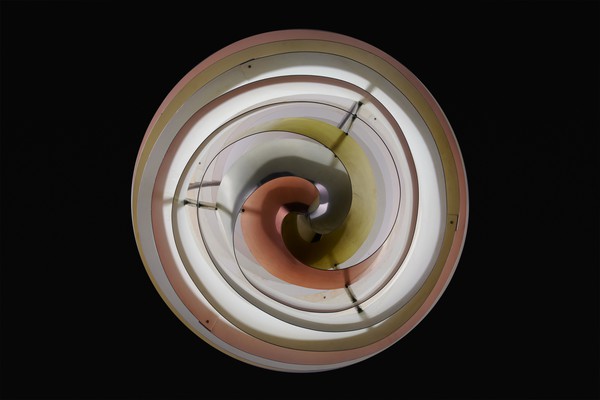 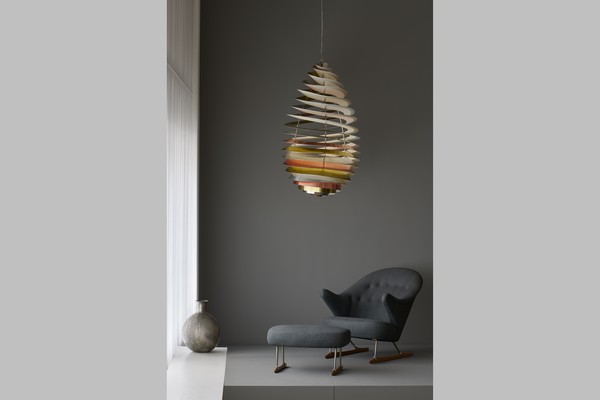 Produced in limited quantities for special commissions. The Spiral was first presented at the Artists' Autumn Exhibition in 1942. Literature: "Light Years Ahead". Ill. and described p. 266 - 267 .The lamp was designed for the main hall in the University of Aarhus. "The shape of the lamp is geometric intended so that all exposed surfaces of the spiral was affected by light in the same angle and reflecting it out into the space under the same conditions". The spiral-shaped shade, looks like it is made in one long stroke, which was extremely difficult.

« Back to Ceiling lamps