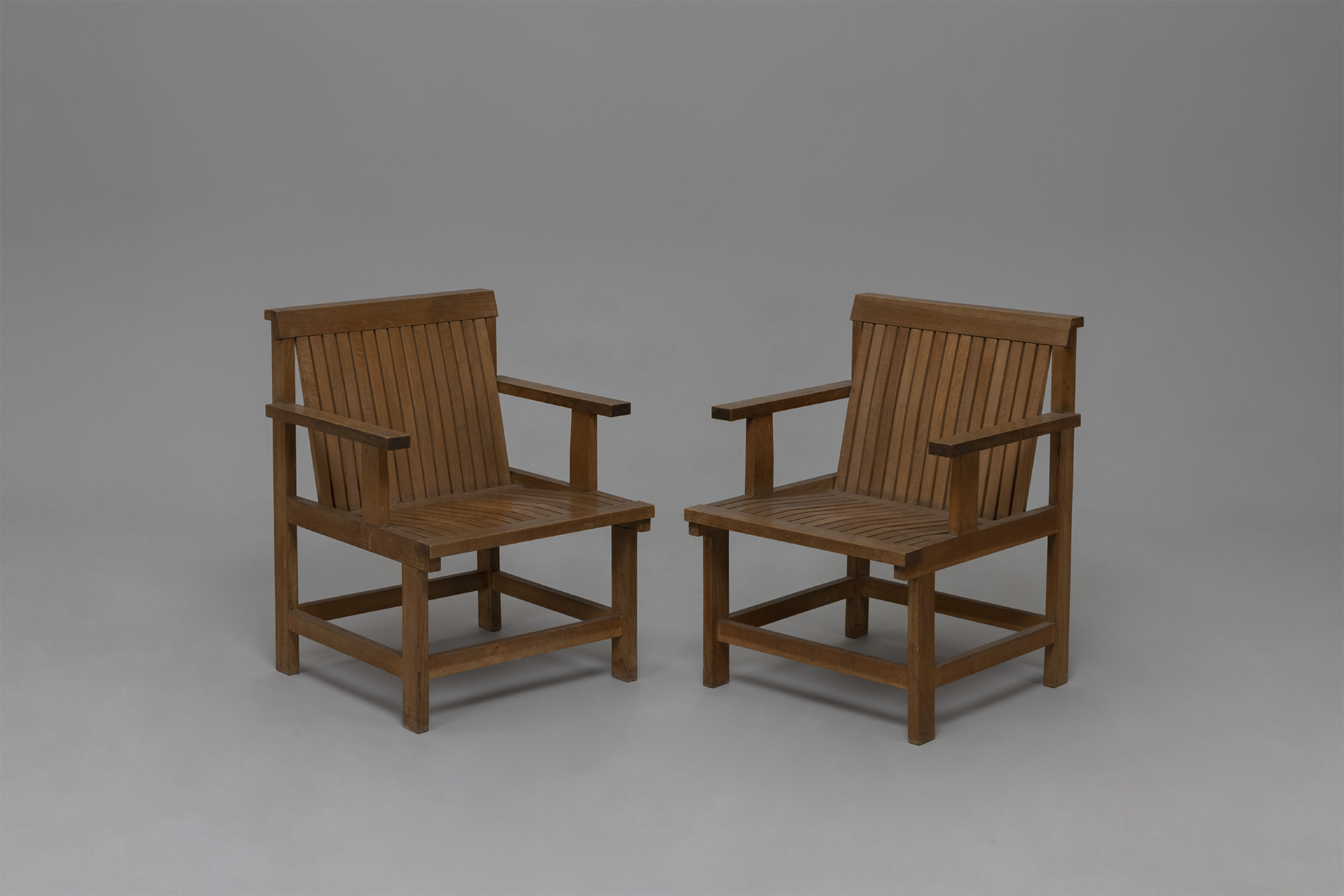 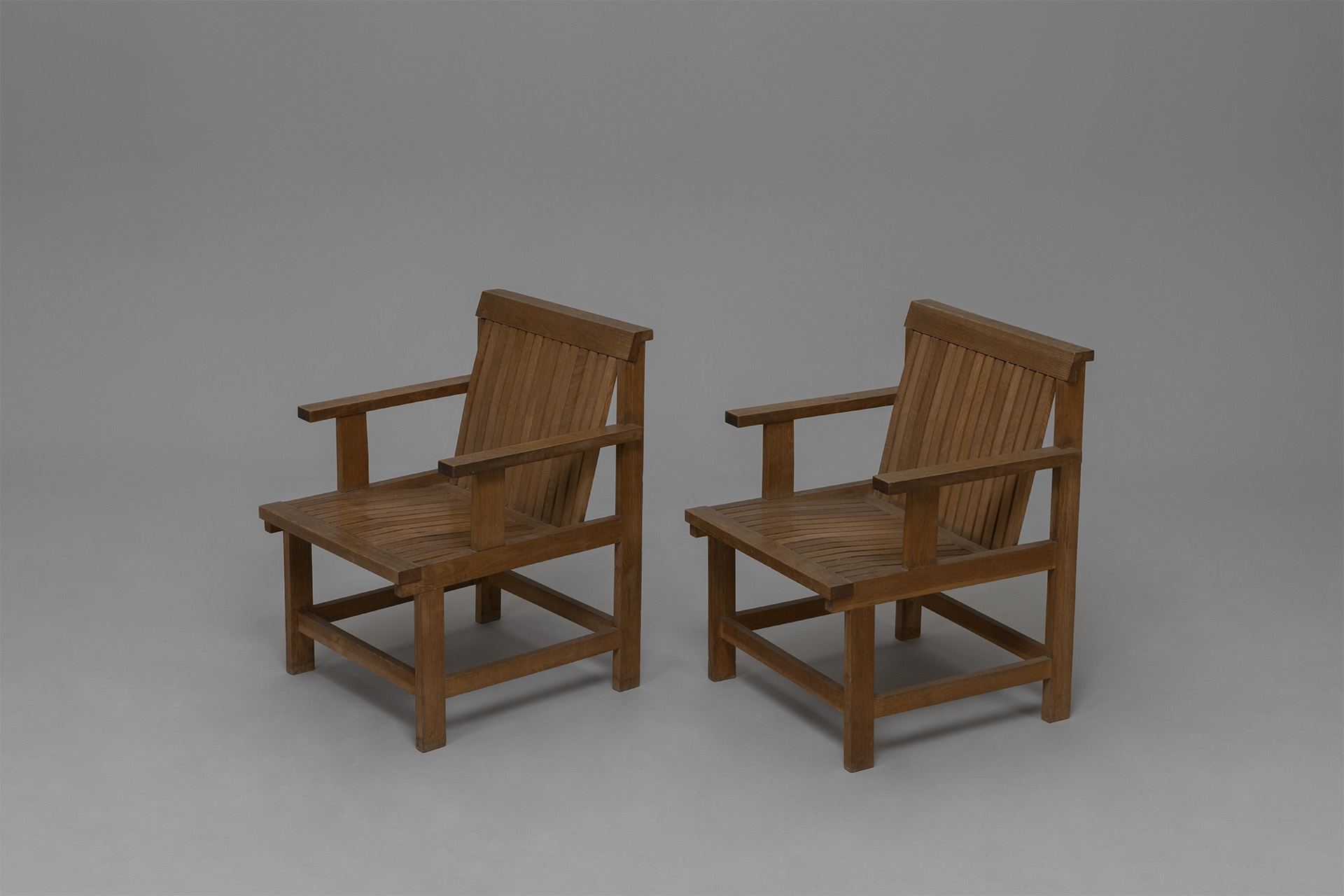 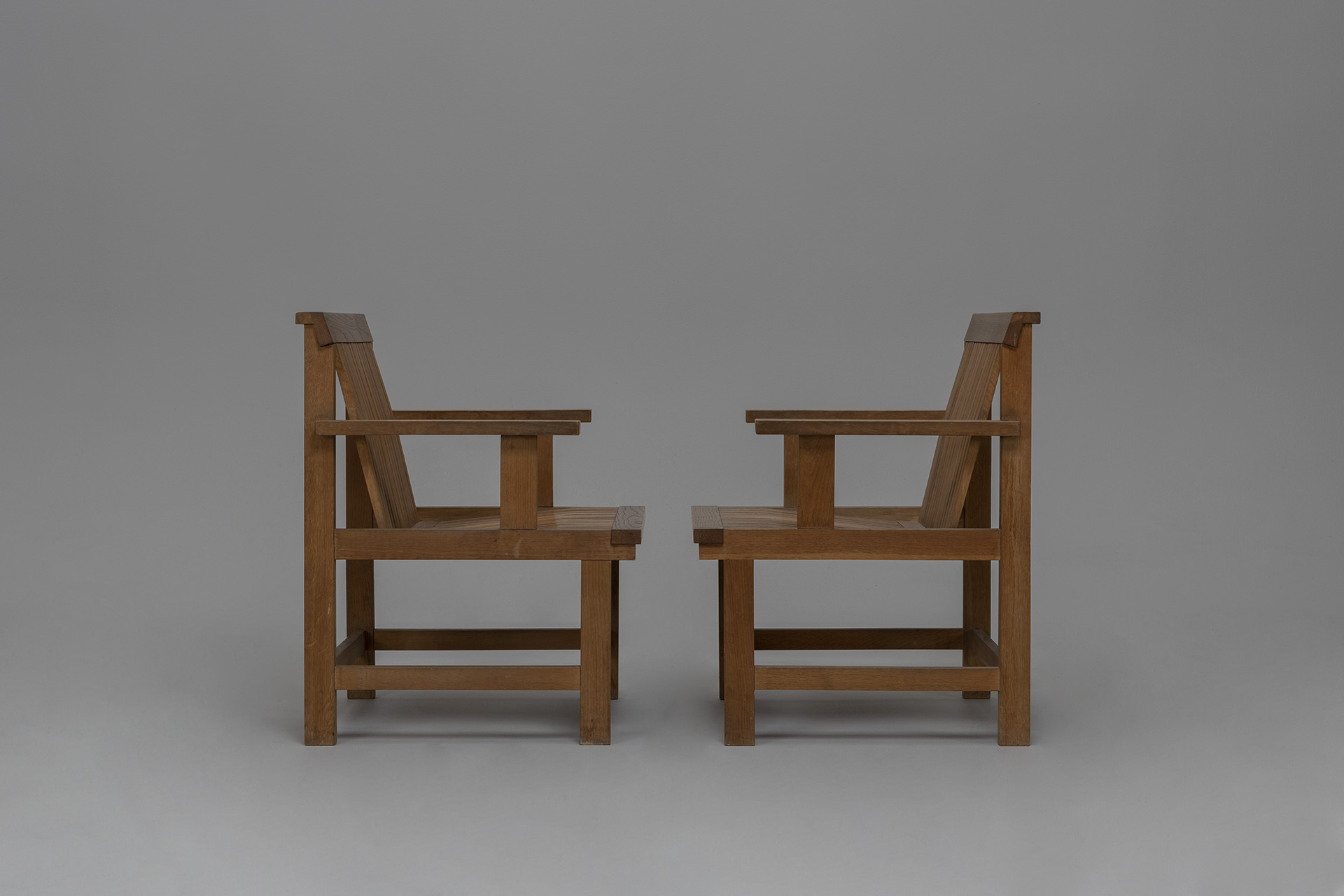 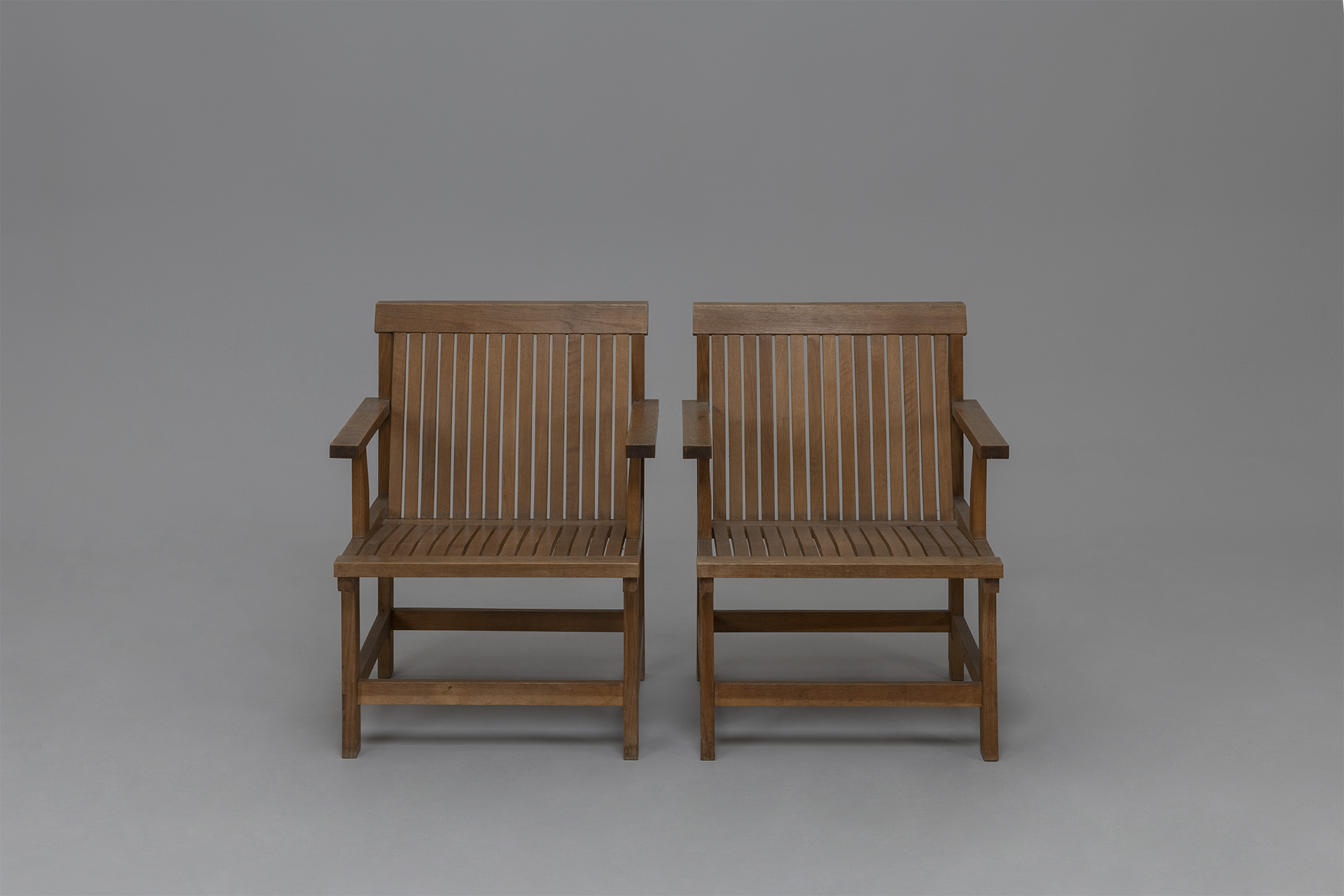 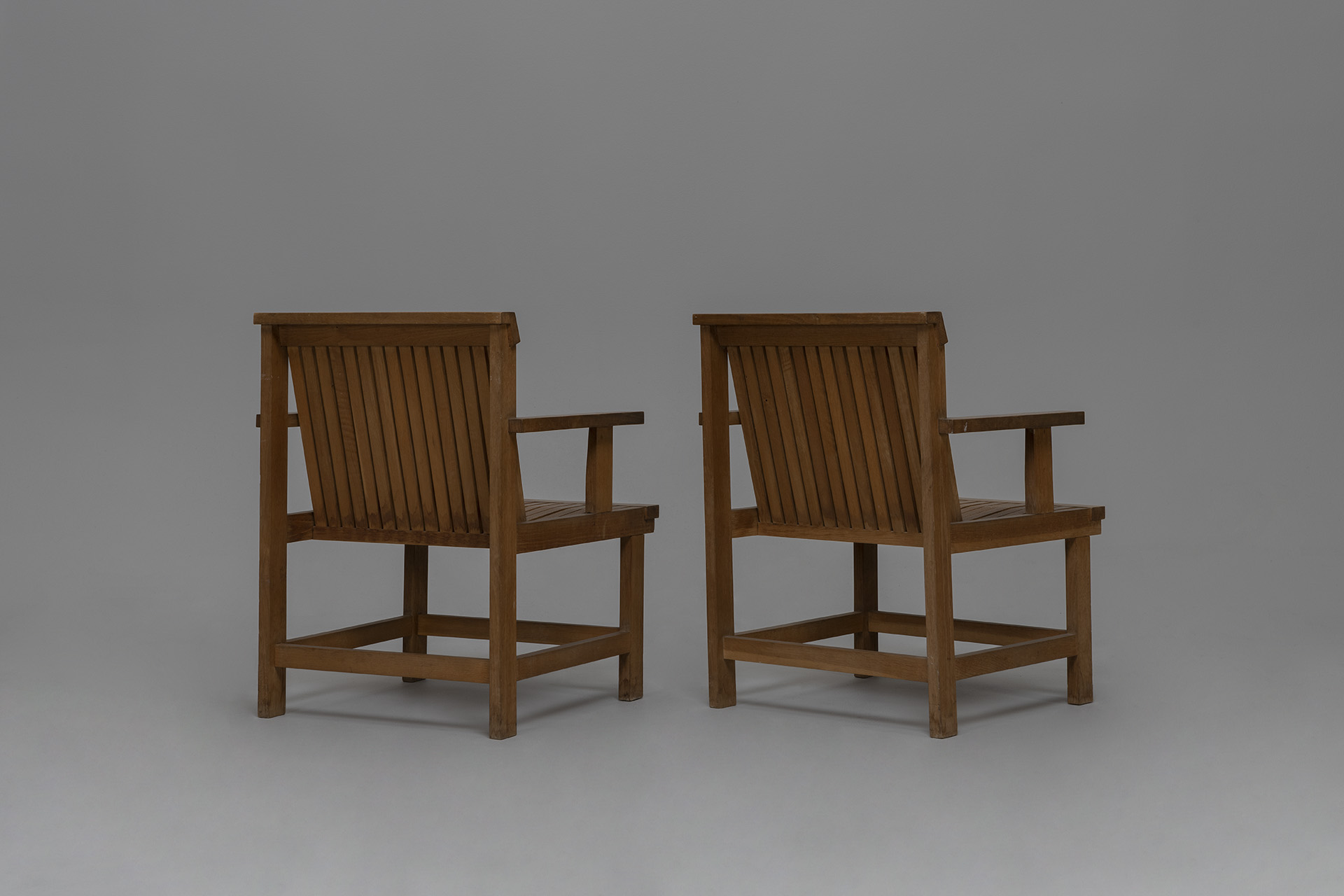 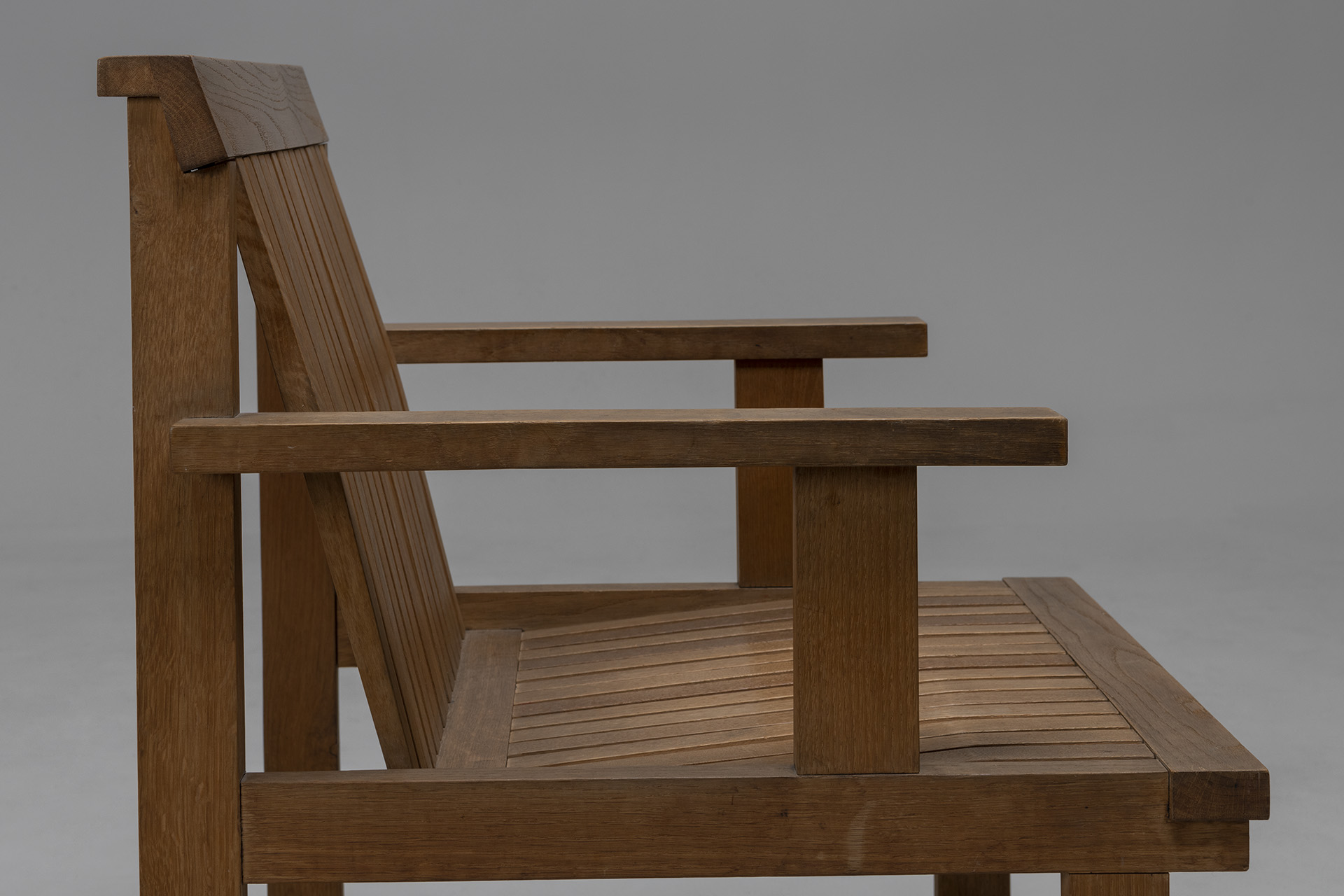 The armchairs were designed as prototypes by John Kandell for Stockholm's city archives in the late 1950's. This pair are John Kandell's own prototypes and were probably manufactured by cabinetmaker David Sjölinder, with whom Kandell worked closely. The eight chairs that were later placed in the city archive were made in Japanese oak by J.E. Blomqvist's furniture factory.