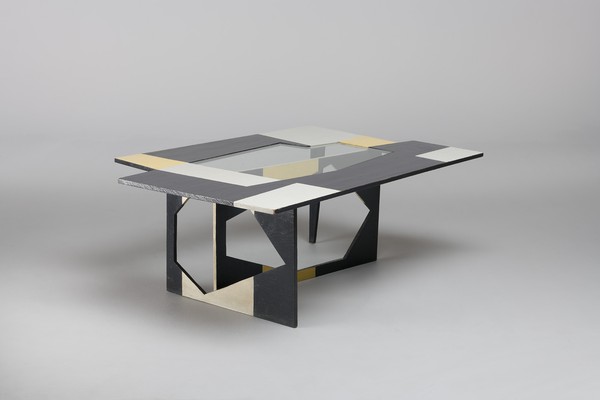 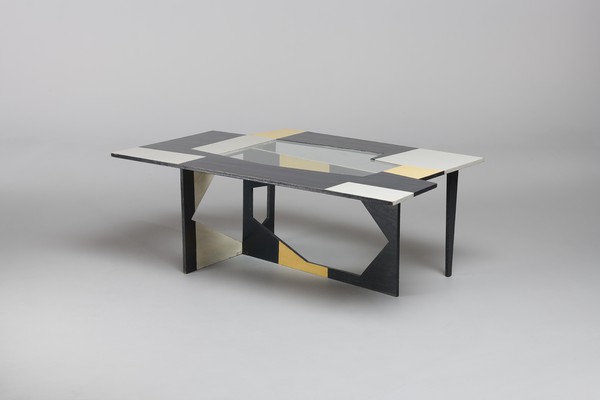 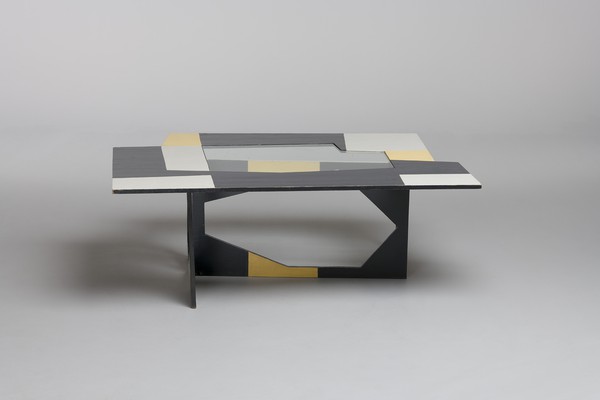 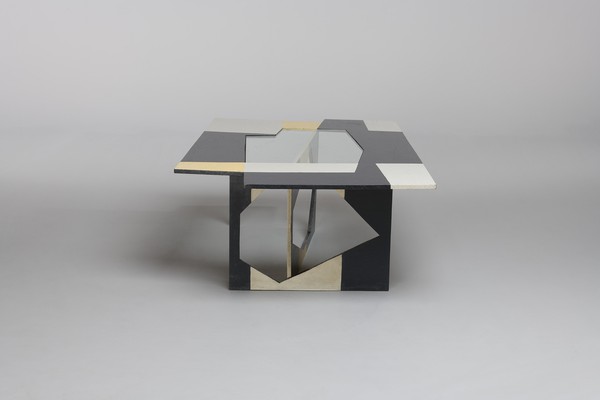 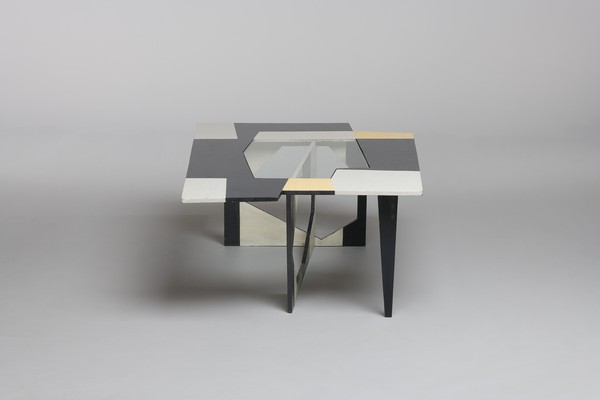 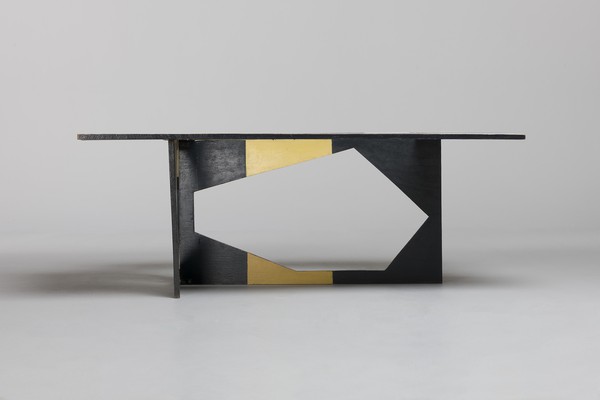 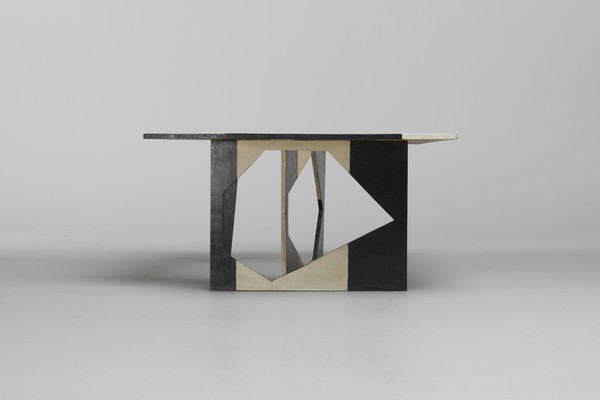 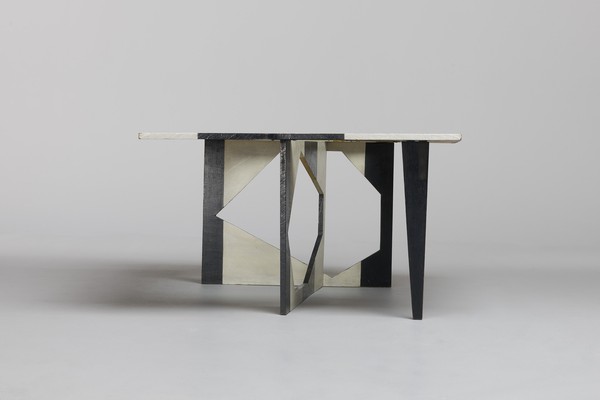 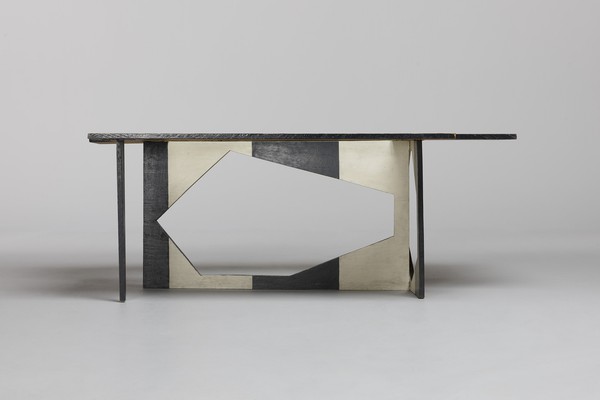 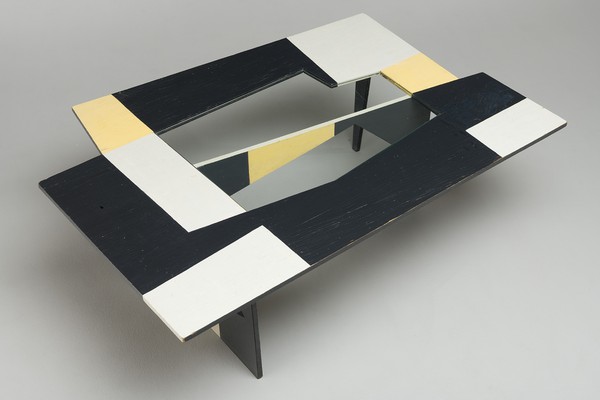 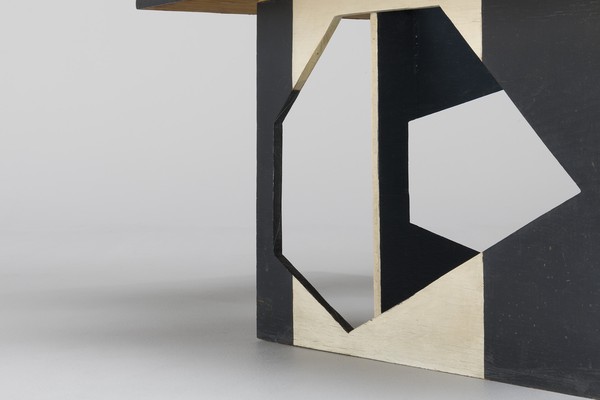 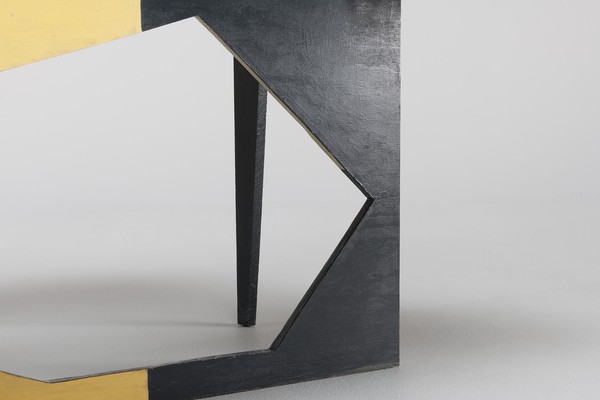 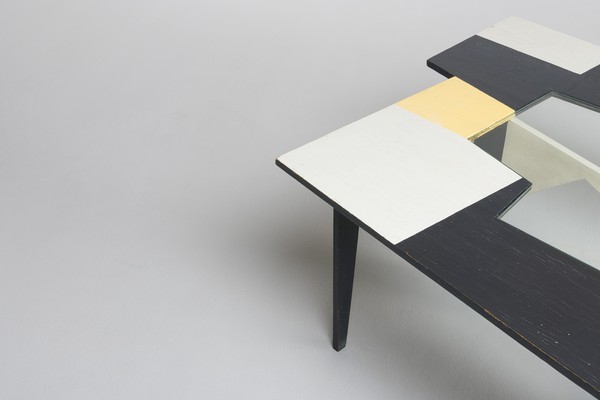 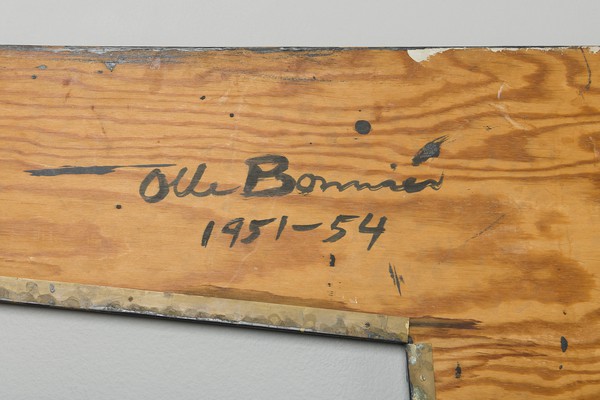 Olle Bonniér grew up in both Los Angeles, California and Stockholm, Sweden, where he was inspired by the sea and it’s limitless layers of hues. His experiences with the unbound sea resulted in a series he called Monochromes, which were single-color layer paintings in teal that he created when he was just eighteen years old. Outside of his formal education of medieval art and Gothic sculpture, Bonniér took a particular interest in the paintings of Hieronymus Bosch, Johannes Vermeer and Giotto and Hans Memling. During this time he was also enthusiastic about Cubist and Surrealist artists, including artists such as Pablo Picasso, Georges Braque and Fernand Léger. This attention to detail and color relationships is obvious in his paintings, where the color denominations are close, but the differences in color temperature create a dynamic image with a sense of space.

The table is a strong example of Bonniér’s concentration in using colors, shapes and materials to create a rhythmic space that push the boundaries with the intention of implying infinity. The unexpected cut edges of the asymmetric wooden structure and inset glass panel draw the viewer’s focus to what happens outside of the frame of the table as well. After this work was made in 1951-1954, Bonniér broke even further away from the boundaries of the physical frame and began creating audiovisual artwork light experiments.