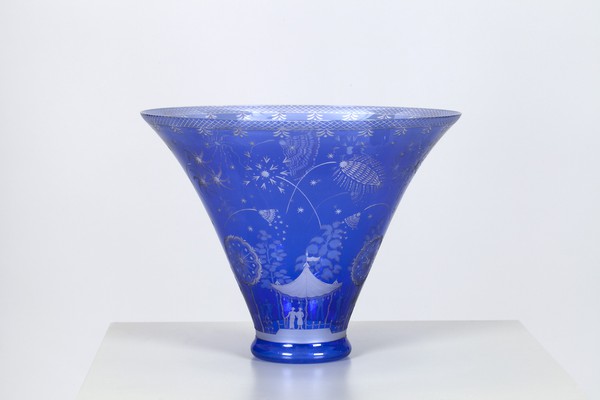 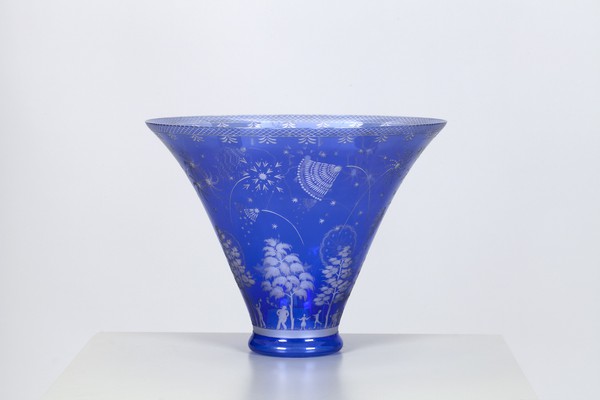 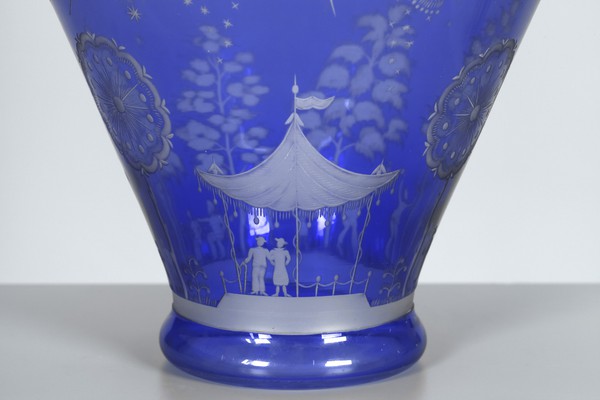 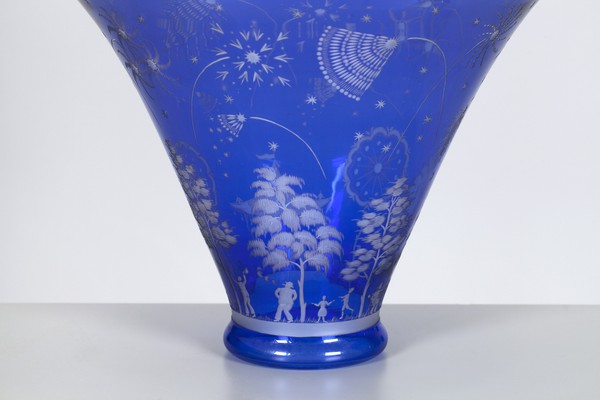 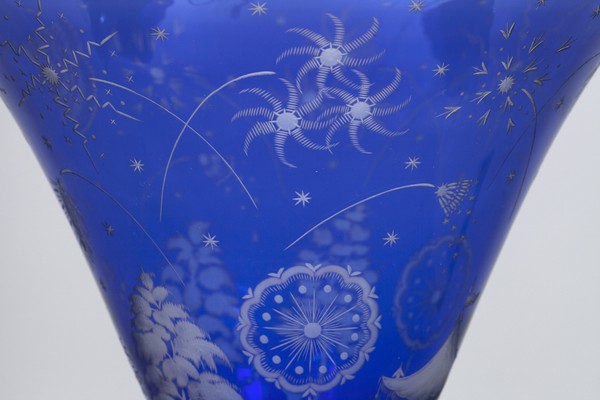 Originally trained as a painter, Edward Hald gained fame as a designer for the Swedish Orrefors Glassworks. Working closely together with Simon Gate, both him and Gate became leading figures of the Swedish Grace movement. The 'Fireworks' vase is represented in the collections of the world's leading design museums, for example Victoria and Albert Museum in London and the Metropolitan Museum of Art in New York.

The Metropolitan Museum describes the piece as follows: "This vase employs both techniques: an outer layer of royal blue glass is deeply etched to reveal the colorless (though frosted) layer below, allowing the design to be seen in a reverse-cameo effect. The dramatically flaring form and charming decoration are superbly integrated: stylized bursts of fireworks fill the expansive nighttime sky, while a parade of fashionably dressed spectators in a park setting below creates a continuous frieze at the bottom of the vase, visually anchoring it to its narrow base."