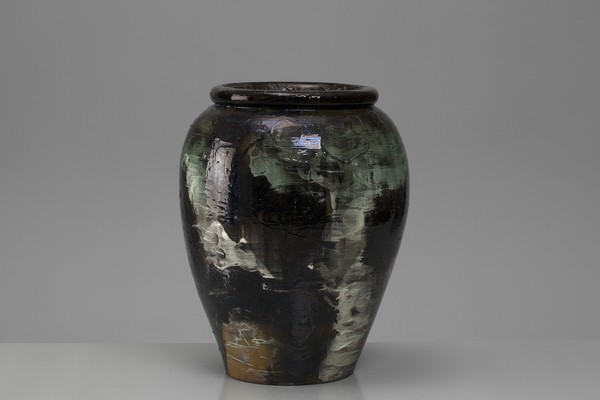 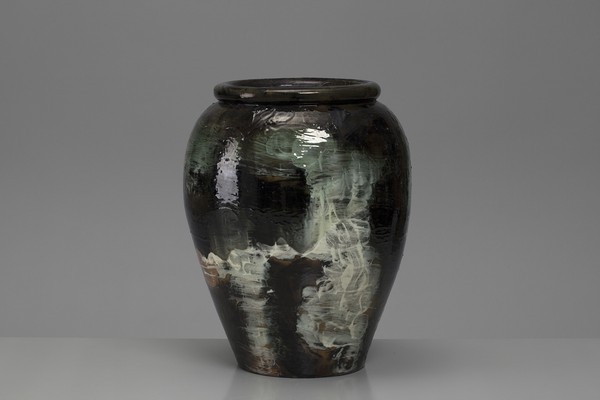 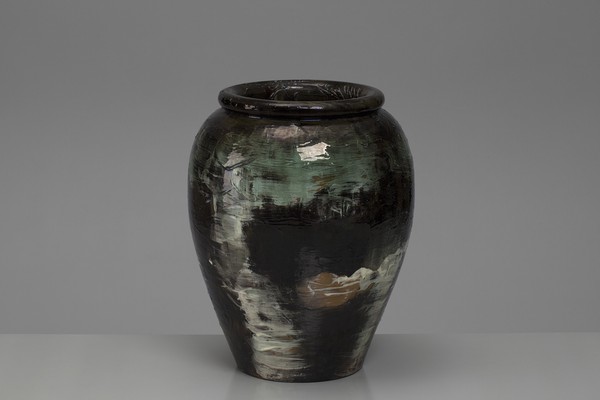 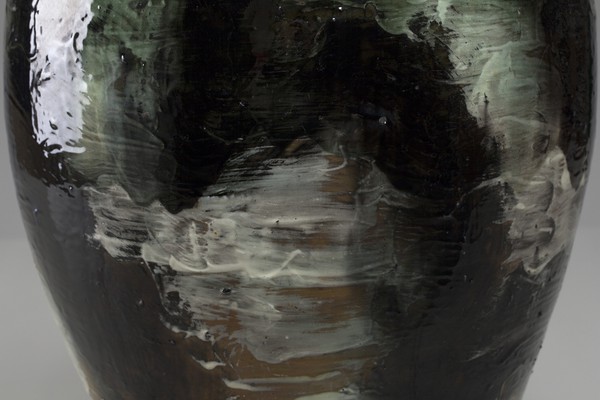 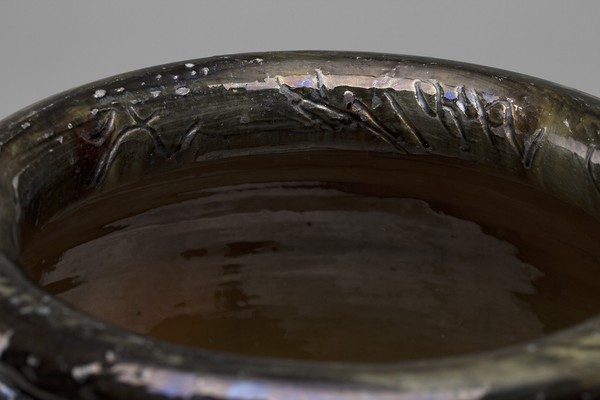 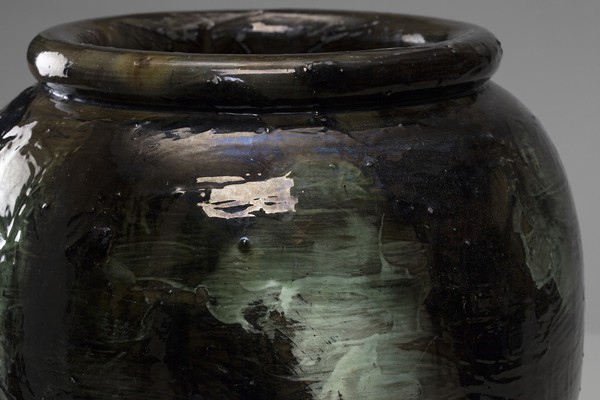 Glazed ceramic. Signed monogram TB, 1892. The inside of the upper rim titled “The Dragon”

Owned by merchant I. Chr. T. Levinsen during The Paris Exhibition.

Thorvald Bindesbøll made many of his vases at Københavns Lervarefabrik in Valby. Here he was a colleague to the artist Svend Hammershøi. Hammershøi describes Bindesbøll's works as a result of a serious and highly thought-out process. A work process where the sketches were hung on the wall, so “... the idea of a shape or an ornament slowly can mature itself and prove fit to be executed in real life…” This is reflected in his ceramics which precisely show this organic process where everything is in constant movement.