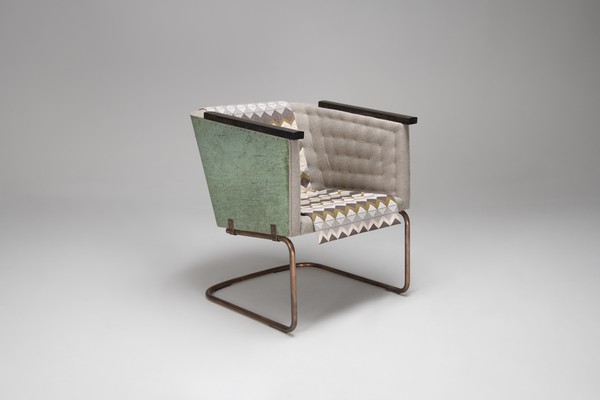 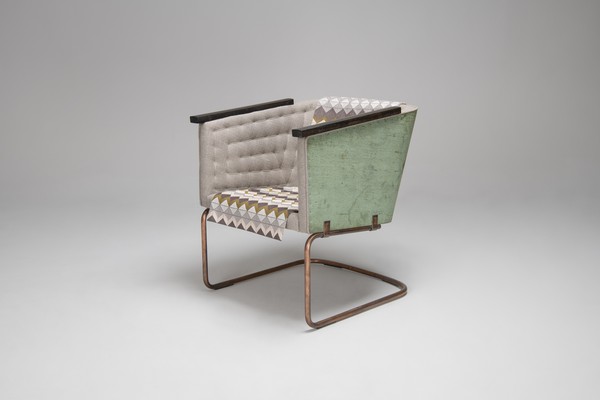 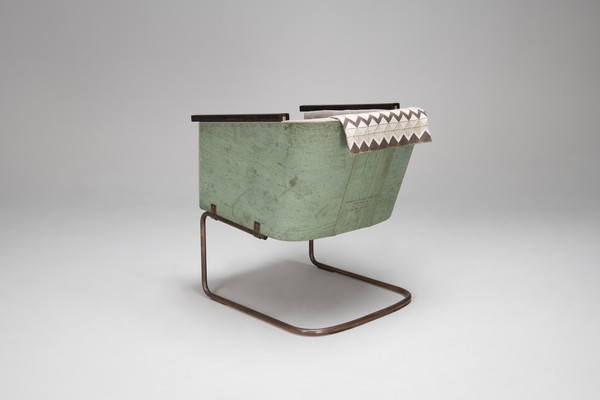 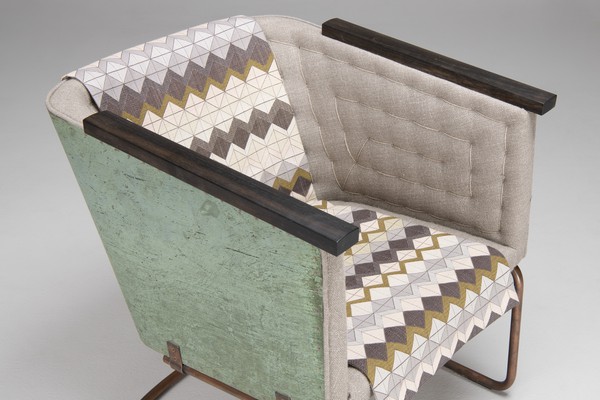 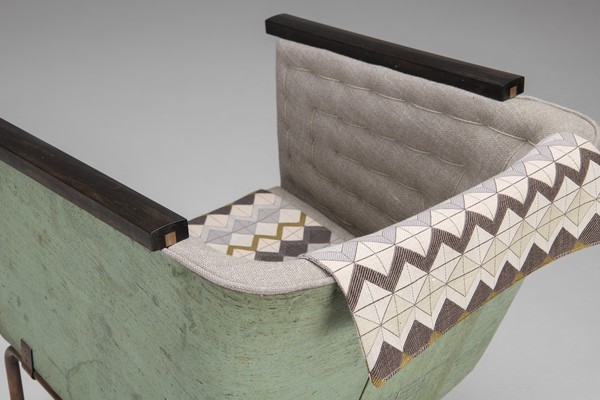 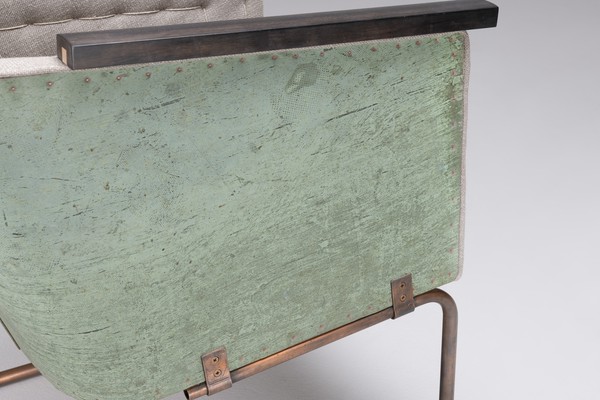 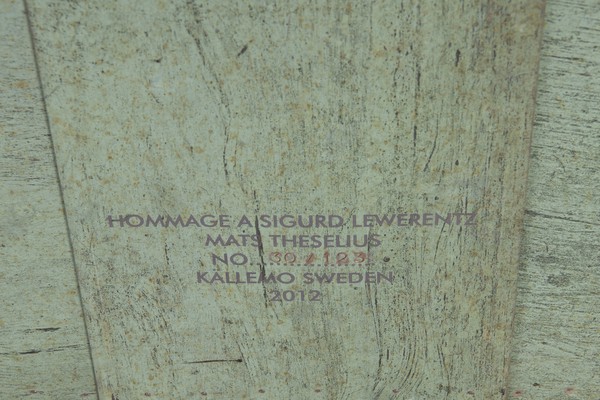 The patinated green copper body comes from the roof of the St. Petri Church in Klippan, Sweden. The church was the very last example from the famed Swedish architect Sigurd Lewerentz and was constructed between 1962 and 1966. The idea came to the designer while visiting the church with a group of interns, where the roof was being removed during their visit. It was first premiered at the Stockholm Furniture and Light fair in 2012.

Number 30 from a limited edition of 123 examples.