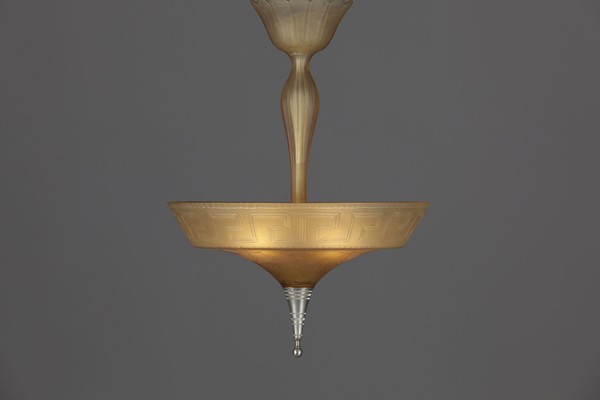 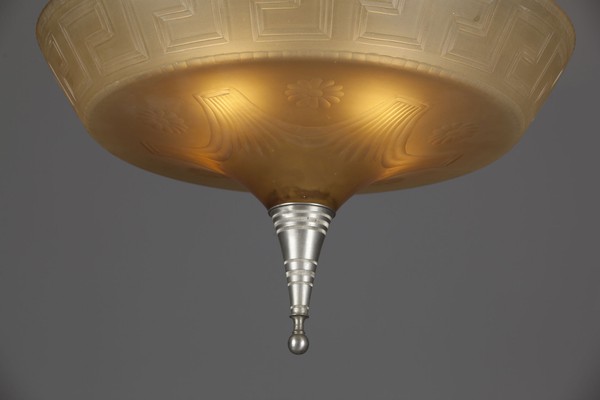 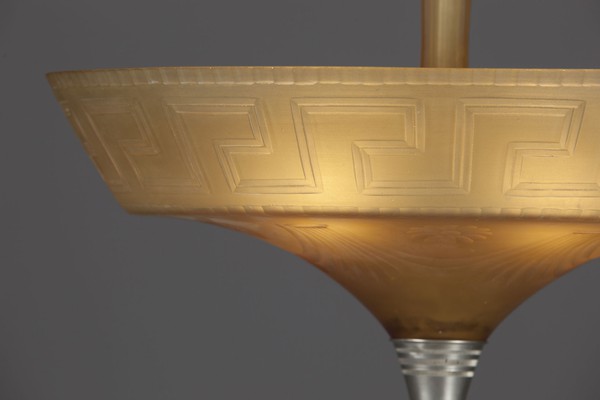 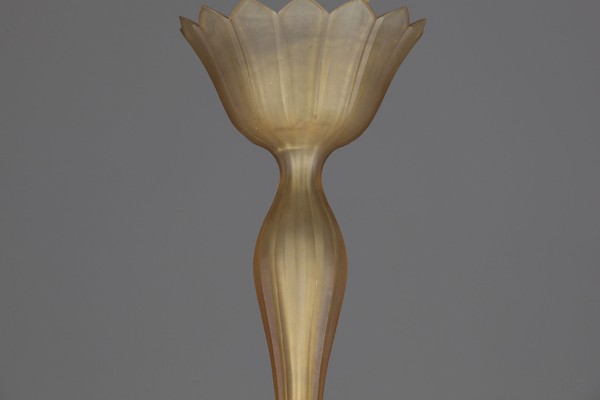 Simon Gate began his artistic career as a book illustrator and portrait painter. In 1916, he was hired by the Swedish Orrefors glass works where he significantly contributed to the company's heyday. At Orrefors he decorated urns, vases and goblets with dancing women and other life-affirming motives.

His work was greatly admired at the Paris World Exhibition of 1925. Among Gates commissioned works are mirrors and glass fittings in the Stockholm Concert Hall, and adornments for the interior of the celebrated passenger liner "M/S Kungsholm" (1928). To this day, Simon Gate's pieces belong to the most sought after art glass works in the world.

« Back to Ceiling lamps