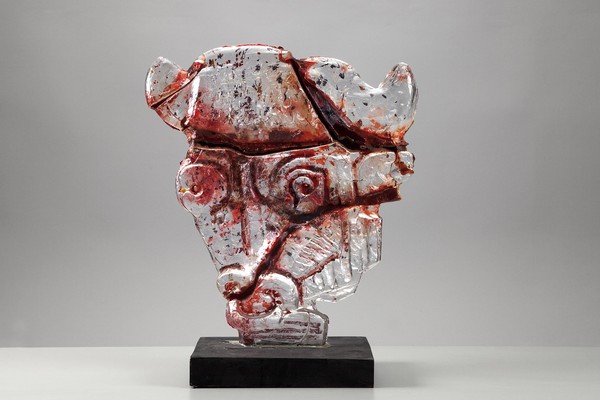 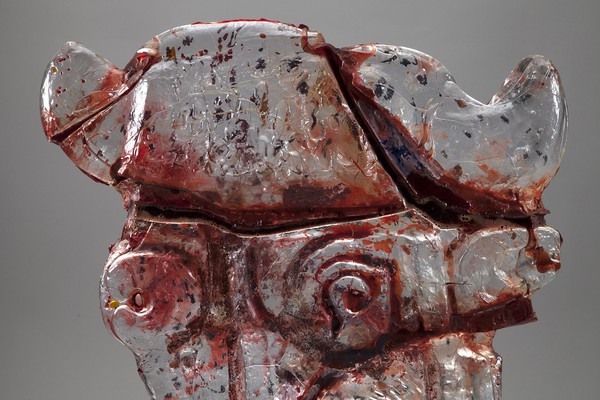 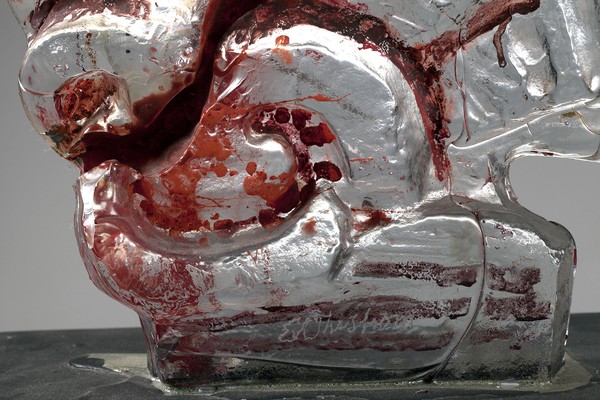 Edvin Öhrström trained as a sculptor under Carl Milles. Becoming mostly famous for his glass and sculptural work, Öhrström experimented with a multitude of materials and techniques. In his longstanding role as glass sculptor for Orrefors, he often produced pieces in the "ariel" technique. Among Öhrström's most noteworthy contributions is the enormous glass monolith 'Crystal - vertical accent' [1974] situated in the middle of Sergels Torg in Stockholm. Additionally, the artist has created numerous monuments in Södermalm in Stockholm.