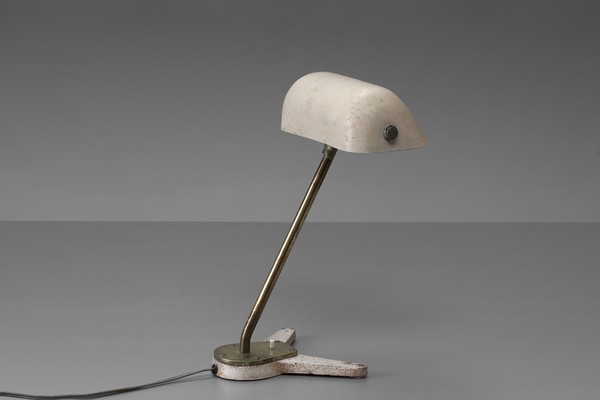 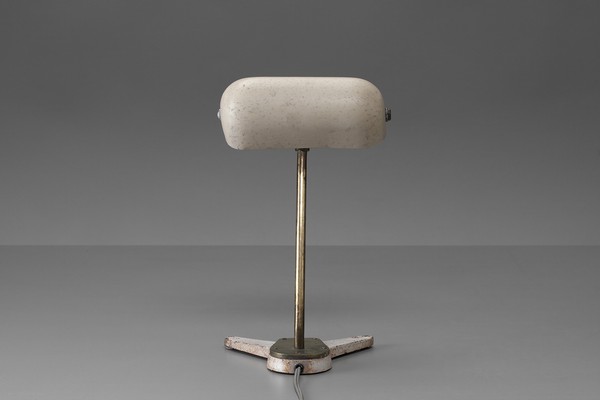 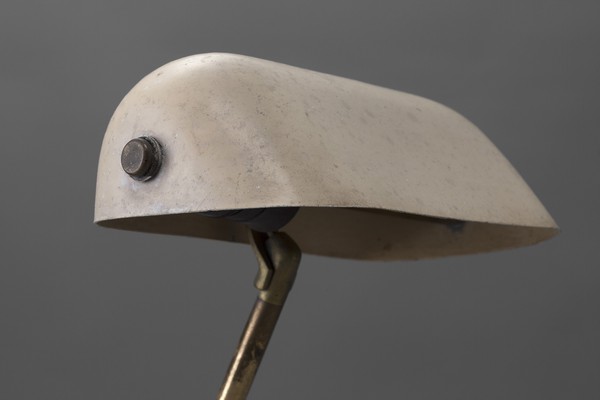 The first version of the lamp was designed with a foot for fixed installations on the tables in the reading room at Nyborg Library. For Aarhus City Hall another foot was designed so the lamp could be moved, and a version with a different shade was also designed. Both lamps were a permanent feature on the desks in Aarhus City Hall. As far as we know, none of the two lamps have since been in production. Exhibited at the Louisiana Museum in connection with Arne Jacobsen's 100-year anniversary in 2002.

« Back to Table lamps