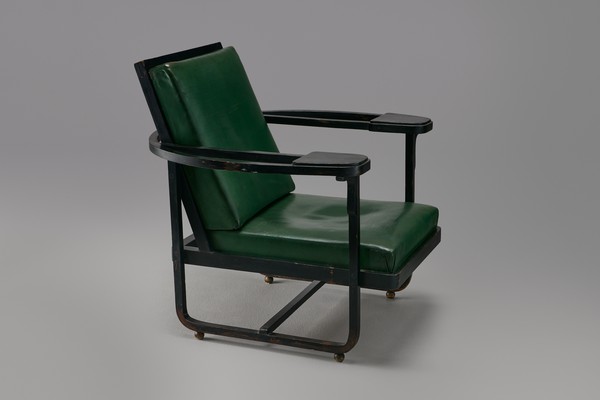 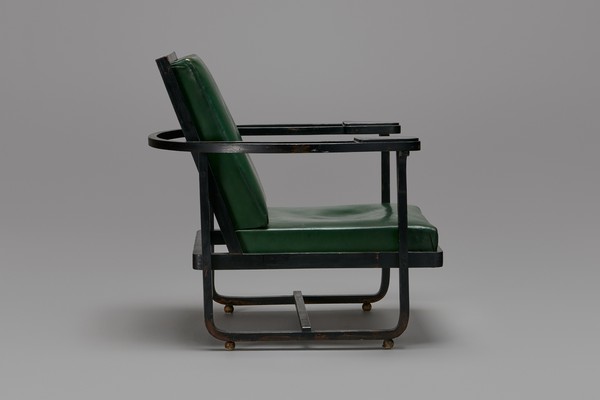 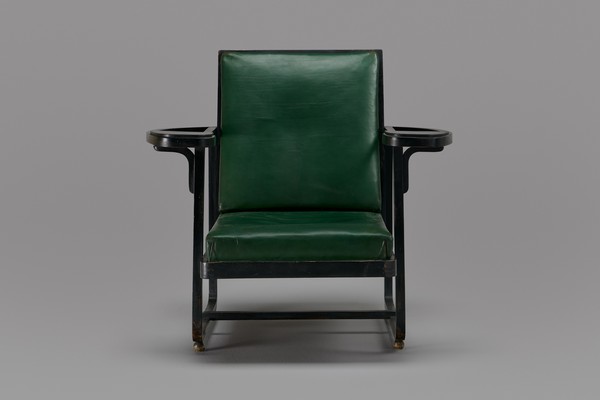 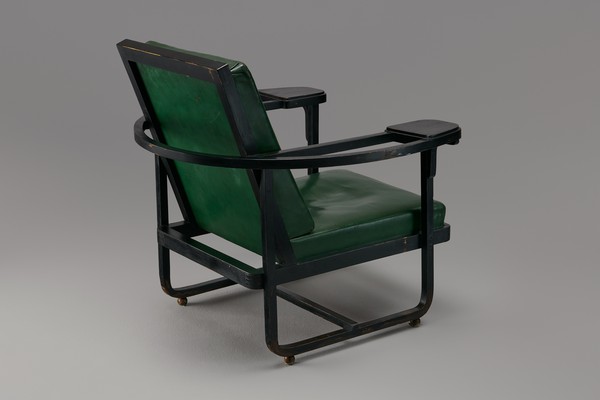 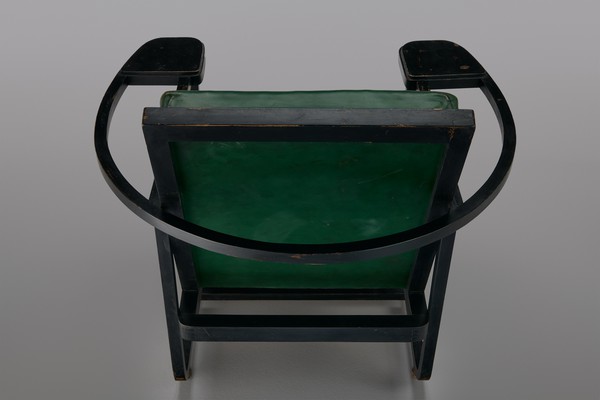 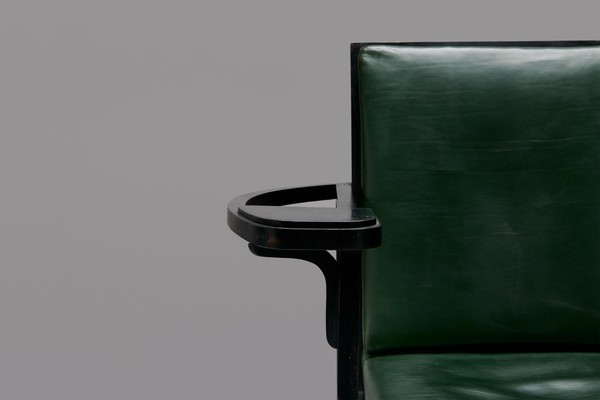 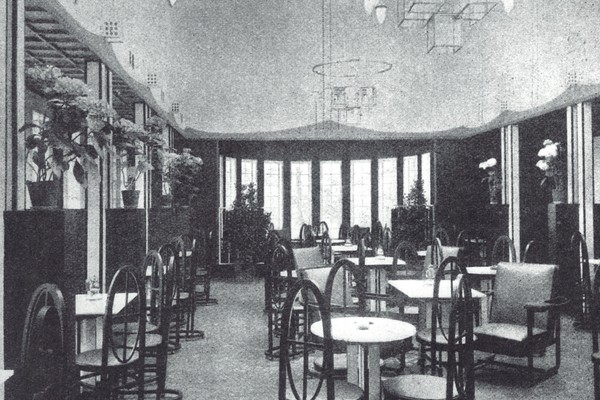 Initially designed for Strömsholmens Café at the Industrial Exhibition in Norrköping, Sweden in 1906, this rare armchair was presented as a wedding gift to Carl Bergsten's close friend and colleague Builder Ernst Lundberg. Bergsten also designed the cafe chairs for the Café of which we have an example available (ref. no. 9870). The design of the chairs were influenced by progressive Viennese Secessionist designer and architects Otto Wagner and Josef Hoffmann, following a meeting with them during a study trip across Europe. The chairs' complex bentwood form was produced by Gemla in Diö, at a time when the technology was still in its infancy. It is likely this example is one of the very first produced by the firm and are known as the first bentwood designs produced in Sweden. Builder Ernst Lundberg, to whom the chairs were gifted, was responsible for working on the construction of the Industrial Exhibition in Norrköping, where the design was first exhibited in 1906.

Provenance:
Builder Ernst Lundberg (1878-1946), given as a wedding gift from Carl Bergsten in 1906
Thence by descent

Exhibited:
The model was exhibited at the Industriutställningen (Industrial exhibition), Norrköping, Sweden, 1906.