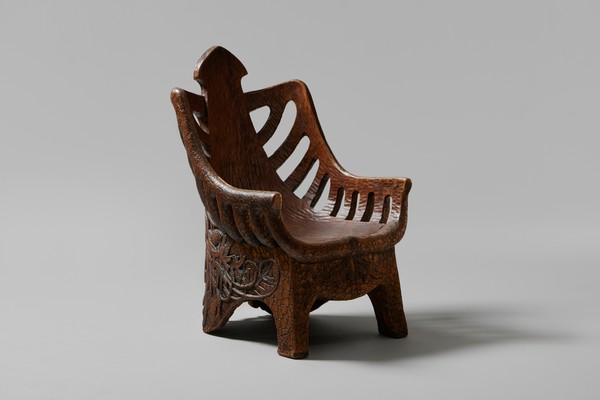 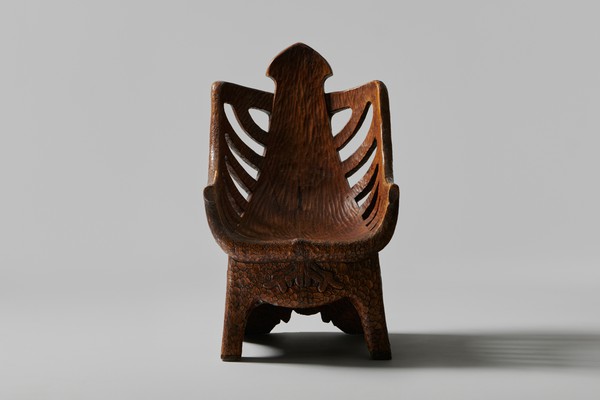 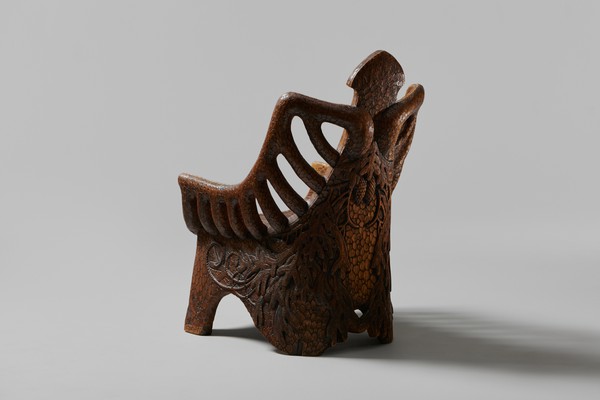 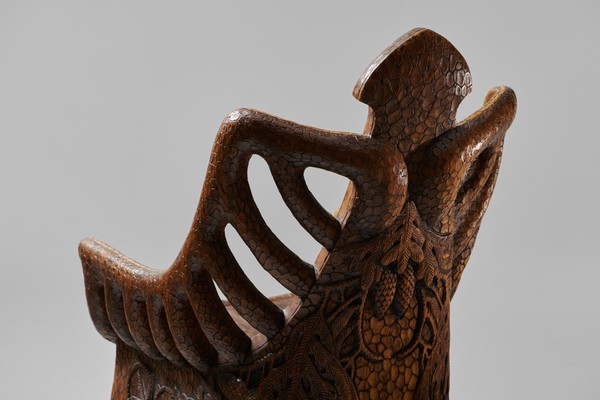 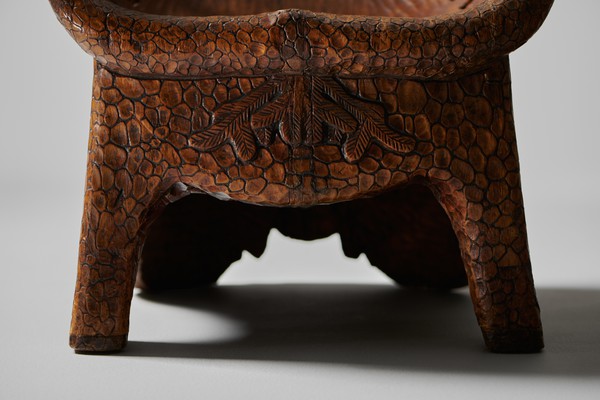 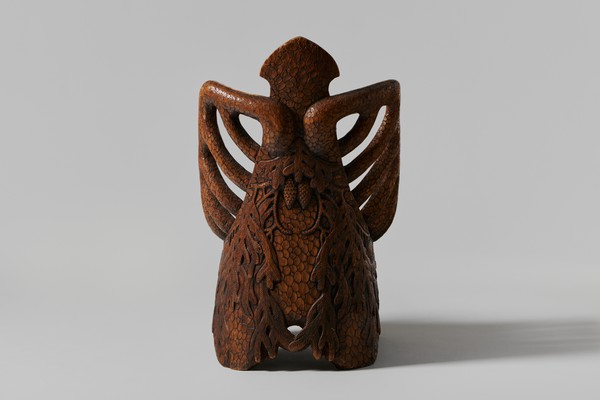 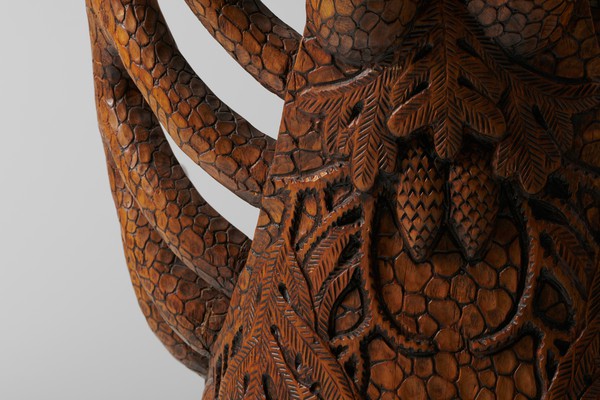 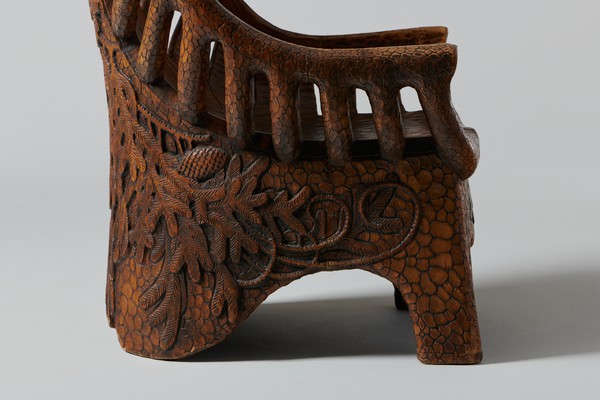 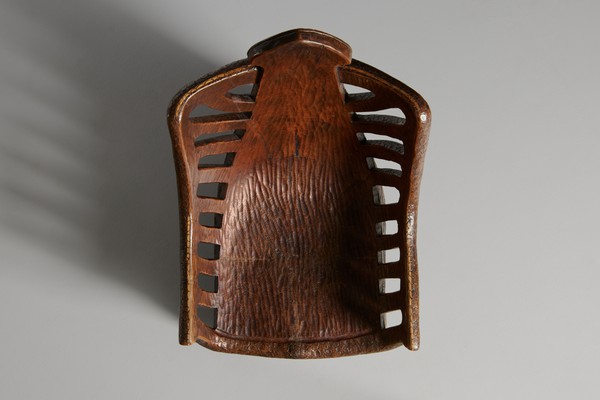 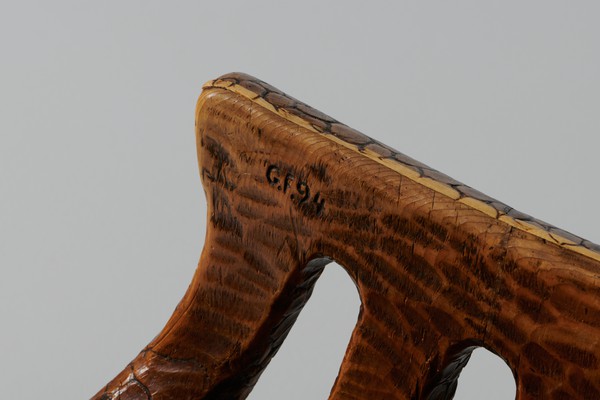 Pine. Carved and sculpted from a single piece of wood. Decorated with pine cones, bark and more. Signed GF 94.

During the Art Nouveau era in the 1900s, new design movements started to challenge the strict line separating fine arts and crafts. As evident in Fjaestad's "Stabbestol", the artist completely disrupted any discernible border, displaying mastery of both technique and ingenuity.

Prior to Fjaestad's success in painting, he sculptured "Stabbestolar" from the thickest part of an old pine tree. The time consuming process of carving was performed entirely by hand, with a stick, iron, knife and razor. This copy appears to be the earliest known example. Previously, a Stabbestol dated 1898 was considered the first, dedicated to Fjaestad's parents in law.

This type of chair was exhibited for the first time in 1900 at the Artists Association Exhibition, attracting great attention. In 1908 Ernst Thiel ordered a dining group to his gallery in Djurgården, Stockholm which is still exhibited at the Thielska Museum.