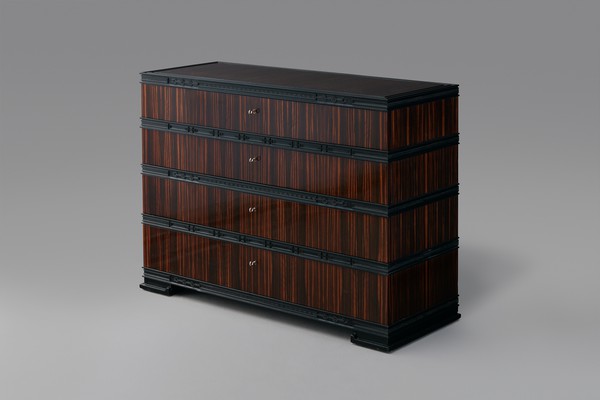 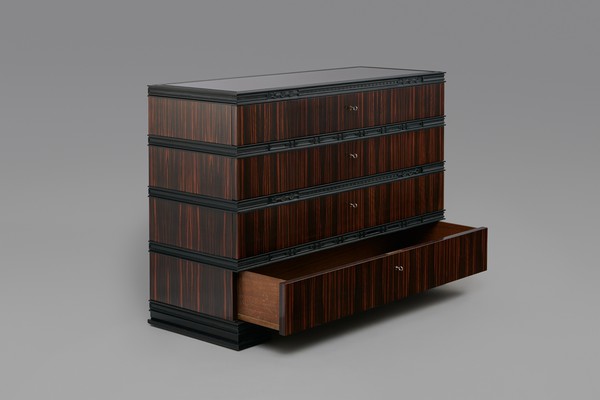 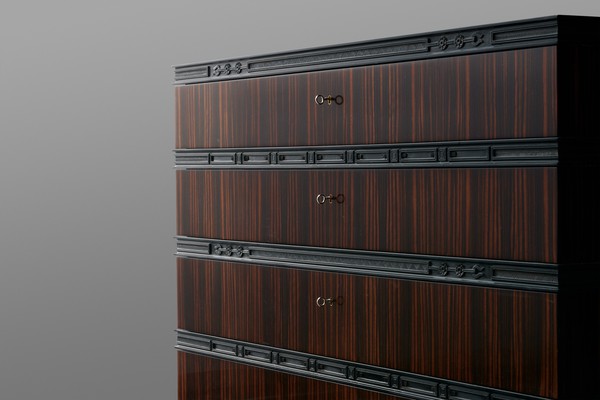 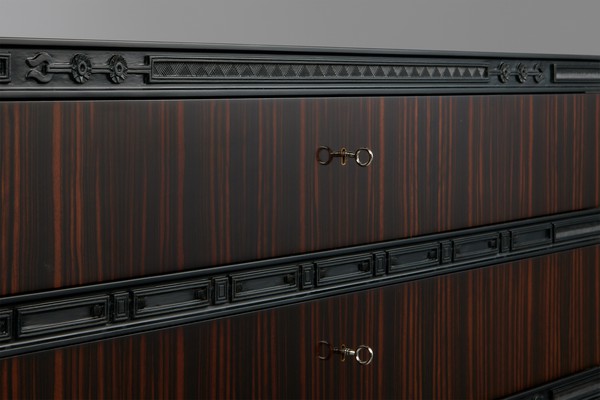 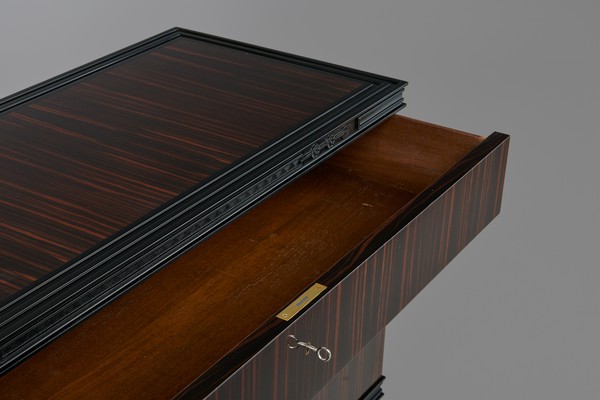 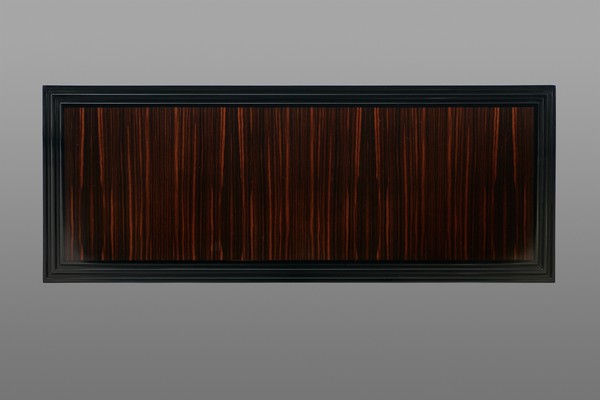 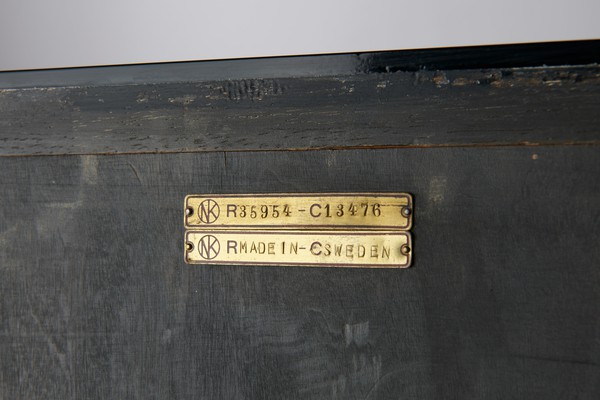 Macassar Ebony, lacquered carved wood in relief.
With two applied brass labels impressed 'NK R 35954 C 13476' and 'MADE IN SWEDEN' to the reverse.

The model was presented and exhibited at the Barcelona World Fair in 1928.

According to the Nordiska Kompaniet archives, an example of this chest of drawers was commissioned by architect Edvard Bernhard on September 15, 1931. Around the same time, Swedish industrialist Ivar Kreuger commissioned Bernhard to design the Banque de Suède de Paris. The 'MADE IN SWEDEN' metal tag was reserved for pieces commissioned for export and is identical to the metal tag on the cabinet designed by Hjorth for the 1937 Paris exhibition (ref no. 9035). Comparing the dates, it is very possible that this chest of drawers was originally commissioned for the bank itself. The bank stands today and is located between rue Saint Honoré and Place Vendôme in Paris where original artwork by Edward Dahlskog remains. The building was inaugurated on March 12, 1932, the same day that Ivar Kreuger took his own life (while in Paris) due to the dire financial difficulties he encountered.

« Back to Chests of Drawers-Bureau